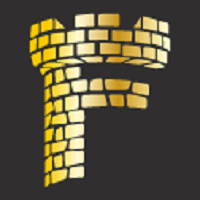 The economic expansion has advanced from the initial recovery, and the focus is now on metrics the Federal Reserve is looking at to gauge the health of the economy. Since the Fed’s dual mandate is to keep prices stable and maximize employment, we will focus on labor and inflation metrics, keeping in mind the broader economic impact as well. We created a Fed Monitor to track some of the data points that will impact the Fed’s decisions to tighten financial conditions. Additionally, we try to quantify the data and information outside of the dashboard to determine if the Fed is being more dovish than the data, and likely to be more aggressive in the future, or if they are being hawkish relative to the data, and likely to be more conservative in the future.

Interest rates have risen at a lighting quick pace this year. The Fed funds rate increased from an upper bound of 0.25% in March to 4.0% this month. The Federal Reserve (Fed) increased rates by 0.75% in each of the last four FOMC meetings. The Fed’s November FOMC statement had a dovish tone, mentioning that future rate hikes will factor in the cumulative impact of rate increases implemented this year. However, Chair Powell was hawkish during the post-meeting press conference. Powell stated in the press conference that the Fed still has “some ways to go” on rate hikes and the level that rates will ultimately reach is higher than the Fed previously expected.

Turning our attention to the data, the labor market remains healthy, and inflation may have peaked. The Fed wants to see a reduction in the labor market supply and demand imbalance. Labor demand is falling but remains at a high level, as measured by the number of job openings at present. Less labor demand will help ease wage growth, which is cooling but remains elevated. Monthly jobs growth is also slowing from a high level, although the labor market continues to expand at a pace well-above the pre-pandemic trend. October inflation data was slower than expected, albeit from a high level. Core CPI rose 0.3% month-over-month, following two consecutive 0.6% increases, and increased 6.3% year-over-year, easing from a cyclical high of 6.6% in September.

We are maintaining the Fed-O-Meter dial slightly to the right of the middle. The inflation data that the Fed is focused on remains high and the labor market strength is giving the Fed some ammunition to stick with their plan near-term. As of this writing, the odds favor a 0.5% rate hike in December. The December FOMC meeting will be pivotal for setting the tone for 2023. The Fed will update the Dot Plot and economic projections, providing clues about what to expect next year.